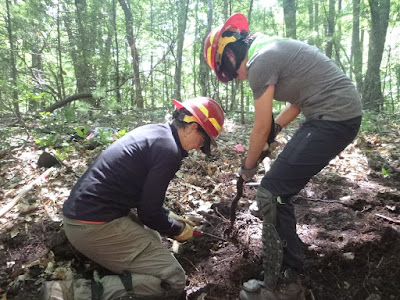 
Crew 1 visited Backbone Rock Trail -- a blue blaze trail connecting to the A.T. just south of Damascus, V.A. -- for their second consecutive week this summer. The crew worked alongside the Tennessee Eastman Hiking and Canoeing Club to finish an almost 2,000-foot section of new trail, removing a steep, badly eroded section of the footpath. 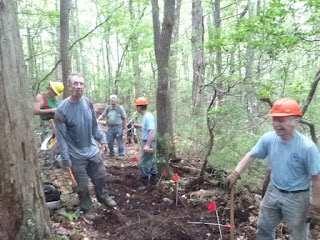 Besides digging new sidehill trail, the crew also installed some log cribbing to protect large tree roots and to hold up the tread. Crew 1 also installed check dams to slow down water erosion on the old steep trail and pulled in large amounts of brush to hide it from view. 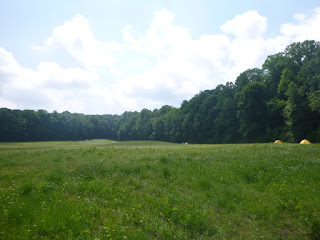 The crew got to stay at a great campsite. They woke up each morning to an open field of wildflowers surrounded by a wooded area, all managed by the Nature Conservancy. Fireflies put on light shows at night and the open skies yielded views of the milky way when it cleared up. On their down time the crew played the card game Werewolf and lots of Pelt, a mixture of hackey sack and dodge ball. 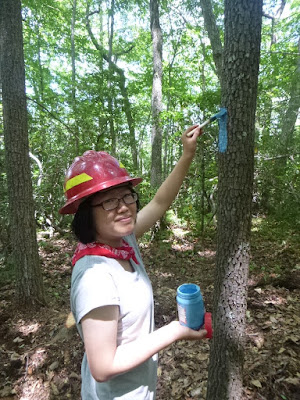 This week there was an international mixture into the crew, as one volunteer traveling across the globe hailed from China and another from Australia. Both of these volunteers will be with us at least one more week, and six others from Crew 1 & 2 will be back as well. We look forward to working with these volunteers again next week!

Leanna Joyner, Patrick Slaughter, and Allison Williams visited from the ATC Asheville office, bringing up fresh fruit for the crew and joining them for an afternoon of work. 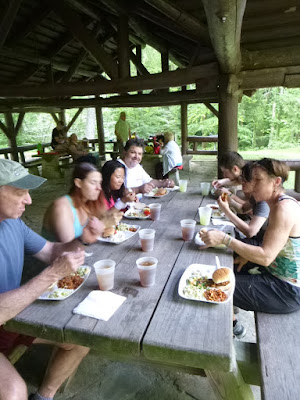 The club treated the crew to a homemade barbecue dinner on their second to last day and thanked them by giving out 50-hour Tennessee Eastman patches for doing a week of work in the club's section. The club also supplied Crew 1 with some blue paint in order to paint new blazes on the very last day of work.

Crew 1 thanks all of the club members and other visitors it had for week five -- with your help we were able dig over 900 feet of new trail and finish the relocation!


See all the photos from Week 5, Crew 1 at https://flic.kr/s/aHskcpmaE3 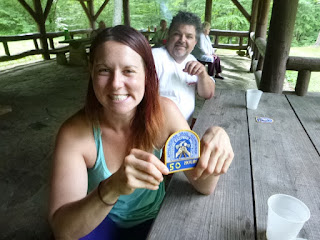 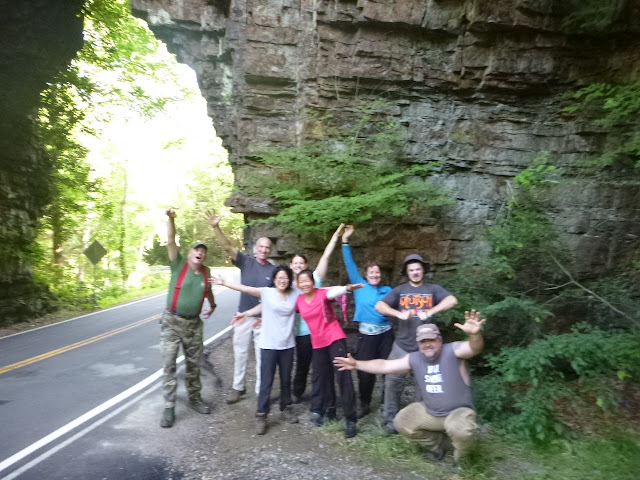 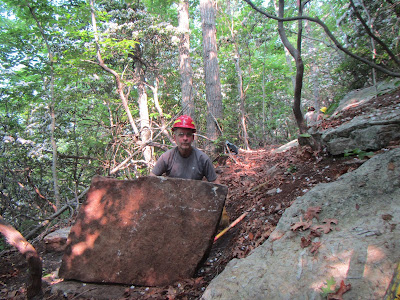 During week 5 at Konnarock, nine amazing people came to tackle an important project that has many challenges.

Click here for some interesting background about this major Trail relocation from the Summer 2014 issue of A.T. Journeys magazine. 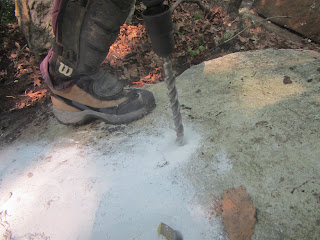 We had several Konnarock alumni in the group, some multi-week crew members, and some new volunteers making for a good mixture of folks. 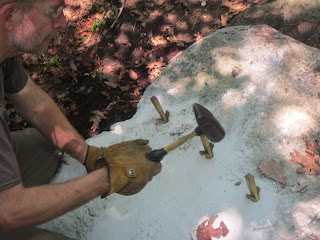 During the week, there was loads of crushed rock made with sledge hammers in order to fill behind crib walls and set rock steps. When the rain came, we would switch to digging sidehill tread to avoid the slippery rock work.

To dig sidehill on this project, you have to go through about 8-12 inches of duff covering the ground, then 2-4 feet of rock rubble underneath that has to be removed. Once all that is moved, finally there is a nice layer of mineral soil! Digging sidehill is no joke at this site.

Many games of contact and person/place/thing were played during these hours. When we were back at camp after dinner, games of werewolf entertained the crew before bed. 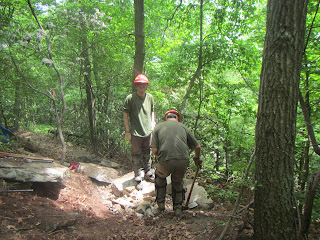 One night, several of us walked to Rice Fields to watch the sunset. Rice Fields is a beautiful open field along the crest of Peters Mountain. The Trail runs right along the Virginia-West Virginia state line here, with expansive views into West Virginia.

As the group came into the field, a rainbow greeted us in the clearing along with many hikers posted up at the lookout. It made for an evening full of great pictures and good fellowship. 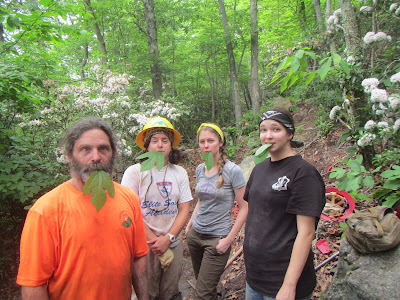 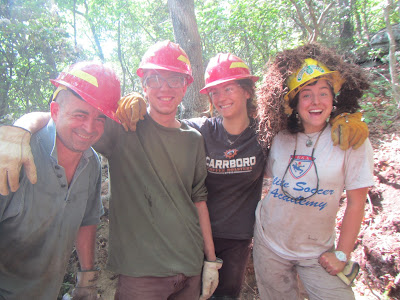 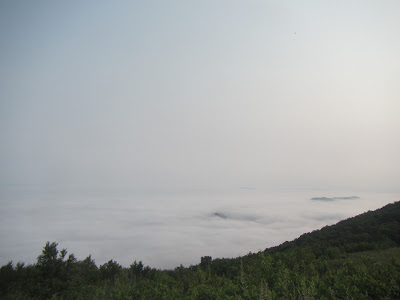 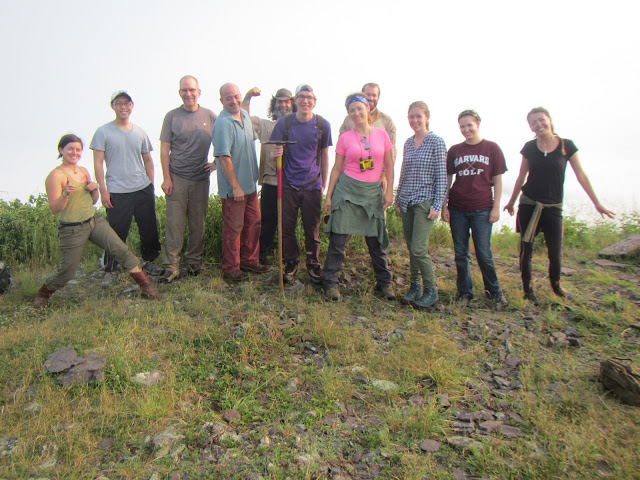 Posted by Konnarock Crew at 8:35 AM No comments: Links to this post 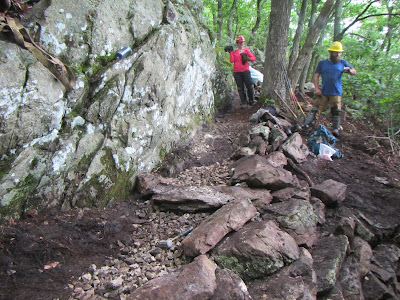 Week Four of Konnarock saw Crew 2 working in the James River Face Wilderness of Virginia for its second time this season.

Continuing to relocate the A.T. near Highcock Knob, the crew worked on a large rock crib wall -- over 60 cubic feet (!) -- to get around a bluff where the newly dug tread had hit outsloping bedrock during week two. 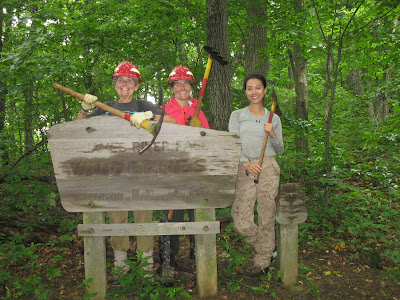 The crib wall called for lots of rock-moving and crush-making which the crew jumped to do enthusiastically.


The volunteers also dug new trail and set a few rock steps for the tie-in areas on either end of the 450-foot-long relocation so each section would blend in seamlessly with the current trail. 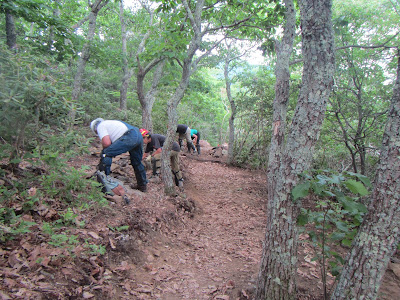 Throughout the week, the Natural Bridge Appalachian Trail Club supported the crew with a great hand of help. The club helped dig new trail, move large rocks for the crib wall, crush rock for fill, and helped close out the old trail by crosscutting logs for check dams -- cut logs laid in the trail to slow down water erosion and prevent sediment displacement. 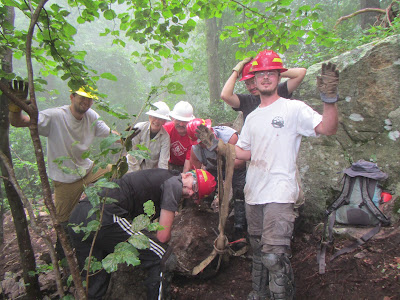 The club also provided a potluck barbecue dinner for the crew on their second day of work. Thanks goes out to Natural Bridge for their aid to Konnarock this week -- it was much appreciated!


When the crew wasn't working in the James River Face they were camping at Cave Mountain Lake Campground where they played camp games, swam in the campground lake, cooked up pancakes, and enjoyed the camaraderie of NBATC member Doug DeJarnette who camped with the crew all week and provided a cooler of cold drinks every day. 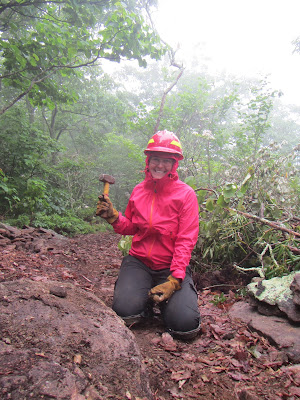 Once the major work on the crib wall was done, the crew closed down the old piece of steep trail.They placed brush in the old tread and set check dams and transplanted bushes and small trees to help the old, eroded trail recover. The crew also got to paint new white blazes on the new trail thanks to aid and instruction from NBATC member Trudy Philips.


Konnarock had a blast helping out Natural Bridge ATC with this relocation project, and looks forward to beginning a new relocation in the James River Face later in July of this year! 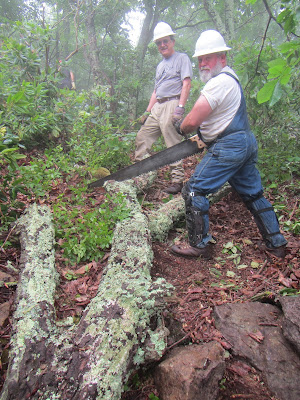 The crew also got extra help from Tye River Ridgerunner Regina Reiter and ATC Regional Director Andrew Downs! They each joned the crew for one day of work -- Andy helped with the crib wall and Regina helped decommission the old trail by brushing it in and placing check dams. 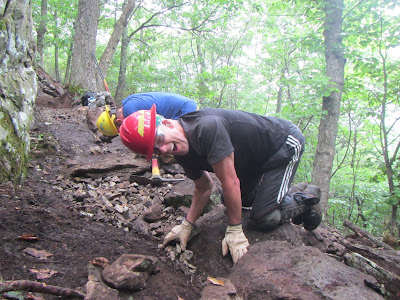 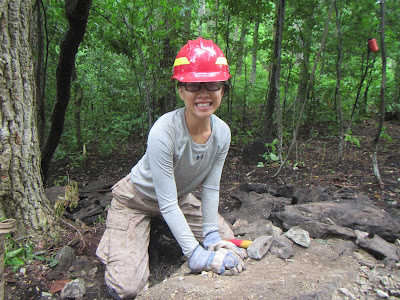 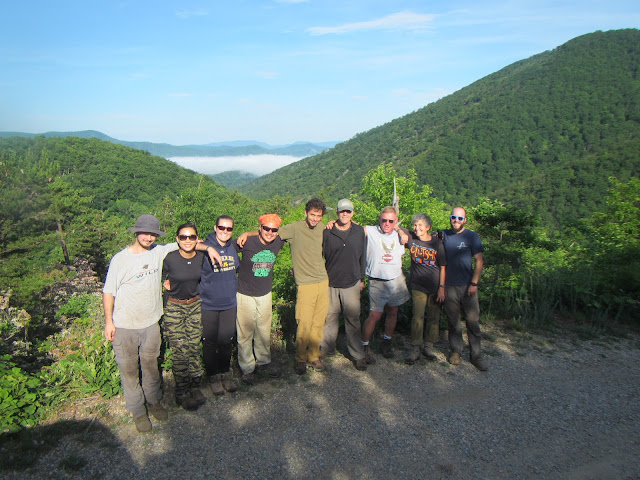 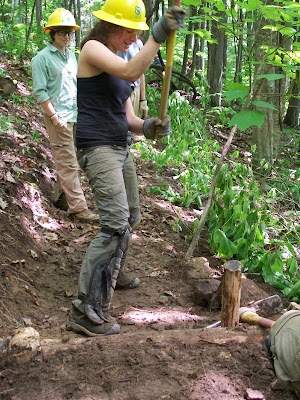 
Ten enthusiastic volunteers ventured out into the field to see what it was like to work on building a brand new section of trail. 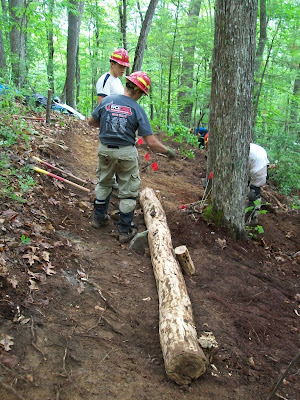 During the week, we had great turnout from local members of the Tennessee Eastman Hiking and Canoeing Club (TEHCC). TEHCC proudly maintains 127 miles of the A.T., right up to the Virginia-Tennessee border which was not far from where we were working.

With the help of the local TEHCC members, the Konnarock Crew constructed 990 feet of new sidehill trail! 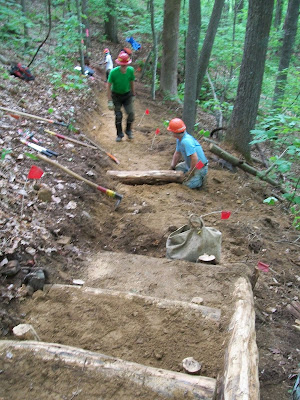 The new section includes two sets of beautiful locust log staircases which were necessary because of the steepness of the trail. Without the staircases, over time the steep spots would become eroded.


The last night of the crew week, the Trail Club provided a homemade dinner of pulled pork, coleslaw, and banana pudding.


Thanks TEHCC, and thanks to all the great Konnarock volunteers of Week 4! 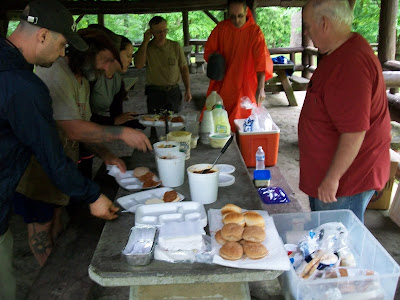 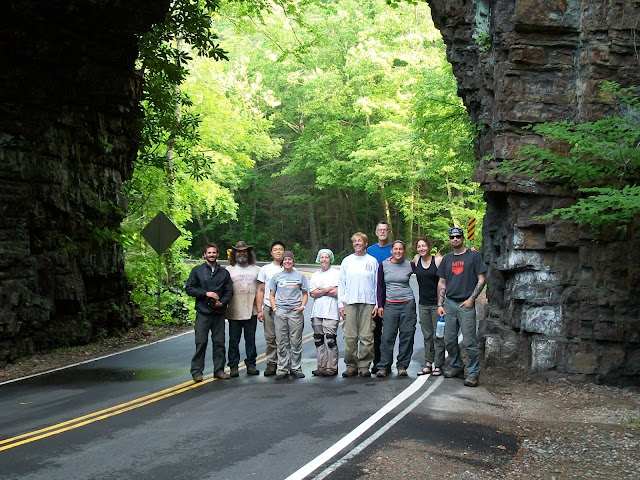 Posted by Konnarock Crew at 6:12 AM No comments: Links to this post 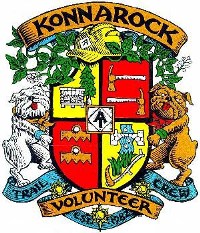